In packaging technology, carton is the most common packaging material. There are many classification methods for it. In summary, it can be divided into the following types:

① From the perspective of carton processing methods, there are manual carton and mechanical carton.

② According to the amount of paper used, there are thin-board boxes, thick-board boxes and corrugated boxes.

③ From the perspective of the structure of the carton, there are two types of folding carton and fixed carton.

The following is mainly classified according to the structure of the carton, and introduces the folding carton and the fixed carton.

Folding carton refers to a carton that is folded and combined after cutting and creasing thin cardboard. Folding cartons are currently the most commonly used cartons in mechanical packaging. The thickness of its cardboard is generally about 1mm.

From the point of view of materials, the cardboard used to produce folding cartons generally includes folding-resistant cardboard, such as white cardboard, liner cardboard, double-sided heterochromatic cardboard and other coated cardboard.

In recent years, corrugated cardboard with denser flute number and low flute height has also begun to be used. 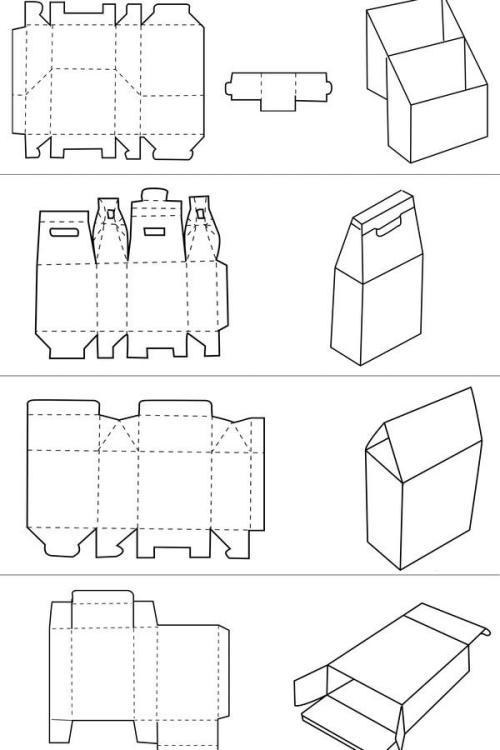 Folding carton has its unique characteristics:

① There are many structural styles. The folding carton can be processed with a variety of novel treatments such as the inner wall of the box, the extension of the flap, the curve indentation, the opening of the window, the exhibition, etc., so that it has a good display effect.

② The storage and transportation costs are low. Because the folding carton can be folded into a flat plate, it takes up little space during transportation, so the cost of both transportation and storage is low.

The opposite of a folding carton is a fixed carton, which is also called a glued carton, which is a complete carton made of cardboard laminated with a veneer material. Generally speaking, the fixed carton does not change its inherent shape and size during storage and transportation, so its strength and rigidity are higher than the general folding carton. Although the rigidity of the fixed carton is good, the shelf display is convenient, but it is not easy to manufacture, and it takes up more space, and its own cost, storage and transportation costs are high. Commonly used fixed paper boxes include cover type, cylinder cover type, swing cover type, drawer type, window type, etc.